Thanks to the good people at Timex Sports, I'm spending the week in Kona, providing an one-of-a-kind, behind-the-scenes experience leading up to, and including, the Ironman World Championship. Here's what happened on Day 2.

For more coverage, check out Timex Sports on Facebook.

It's weird to describe being in Kona as surreal, but, well, it's kinda surreal.

After breakfast at Lava Java, walked right past Luke McKenzie and (more importantly?) his Australian-colored Scott bike. Then Chris Lieto walked right past me. And then we went and saw Chrissie Wellington. In the span of about five minutes, I saw some of the sport's biggest names.

But the most surreal moment was still to come.

Every sport has its Holy Grail venue, and triathlon is no different. Indeed, rounding the corner on Ali'i Drive Tuesday morning and suddenly seeing the swim start was one of those "wow" moments. Truly, I geeked out for a minute. I've been watching the Ironman World Championship on TV for years, seeing from (very, very) afar where the madness and chaos starts at the cannon's boom. And now I was there. Or rather, I was here. 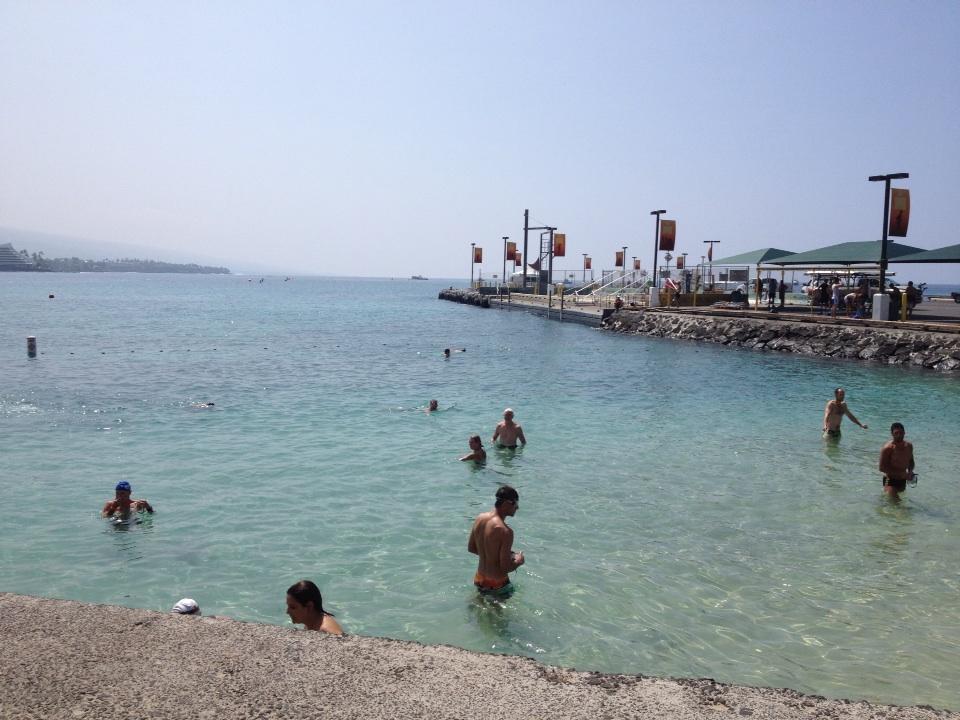 And then things went from good to great when I went for a quick 25-minute swim from the same start the athletes will use on Saturday. 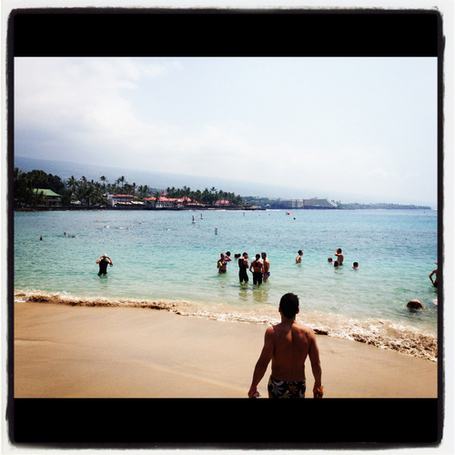 Pictured: a bunch of people who are not me.

Elsewhere on the Big Island with Timex Sports!

Tuesday was Media Check-In day, which meant a quick trip to race headquarters in the Courtyard King Kamehameha to pick-up our Ironman bags, full of m-dot goodies (like a notepad!). 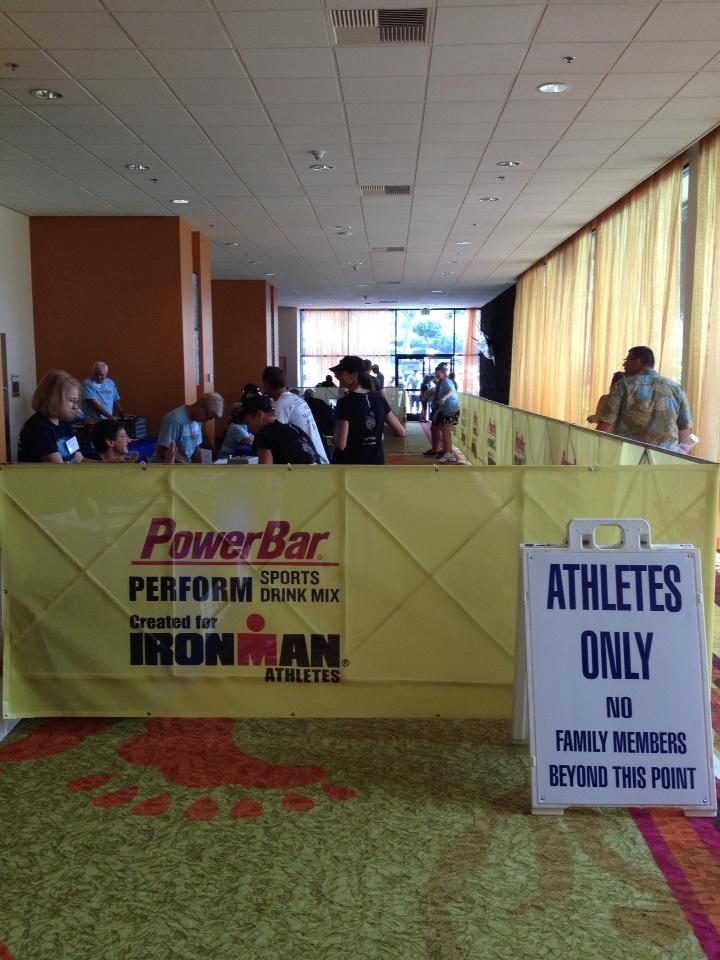 After a quick lunch at Splasher's (more fish tacos? more fish tacos), I managed to squeeze in a quick five-mile run. DID YOU KNOW: Running in Kona is similar to running in a sauna? The more you know!

Then it was time for the Ironman Parade of Nations, which is similar to the Opening Ceremony at the Olympics, but with less Bob Costas and a lot more spandex. 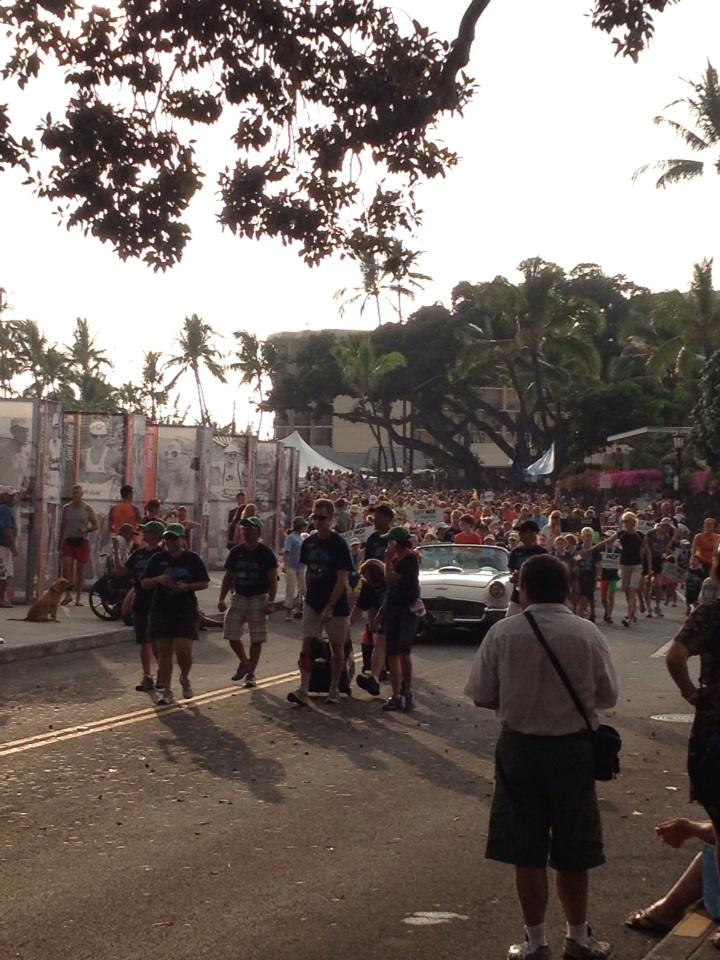 Germany may have celebrated Oktoberfest before this Parade of Nations. @timexsports

And as a main sponsor of the Ironman World Championship, Timex Sports had its very own part of the parade (sadly, no float), complete with a Jeep and the Timex athletes handing out cowbells. So many cowbells.

The expo here is awesome. First, it's all outside. And second, it's massive. Everyone and anyone associated with triathlon is here with a booth set up. Rows and rows, on both sides of Ali'i drive, full of free samples, the newest bikes and more spandex than you thought possible. But only one company can say they have an igloo: 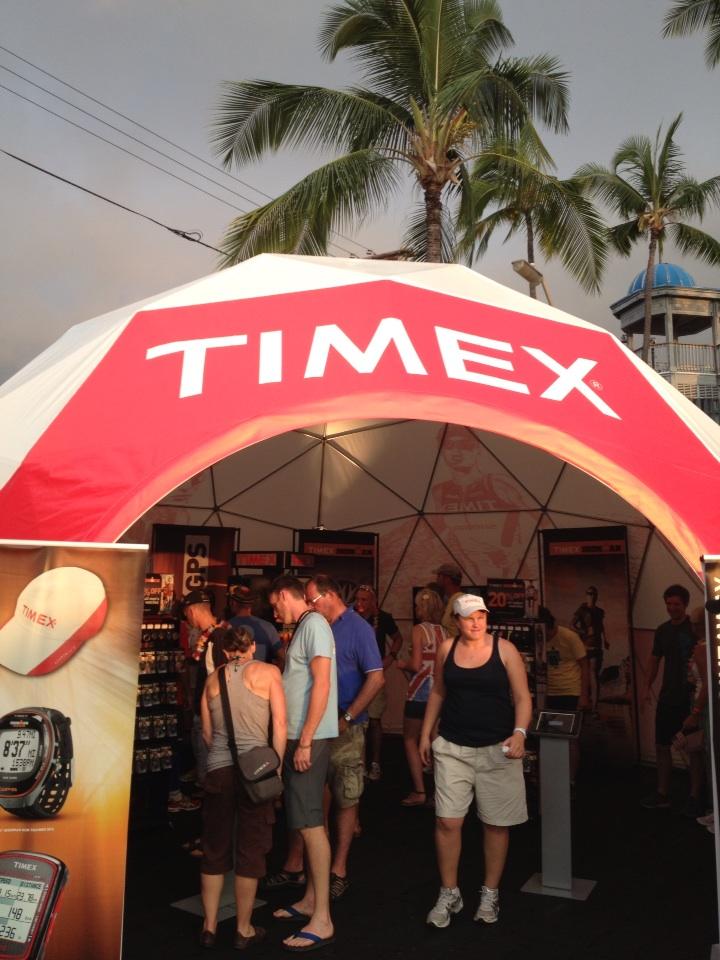