Thanks to the good people at Timex Sports, I'm spending the week in Kona, providing an one-of-a-kind, behind-the-scenes experience leading up to, and including, the Ironman World Championship. Here's what happened on Day 1.

For more coverage, check out Timex Sports on Facebook.

Share All sharing options for: Kona Travel Diary, Day One

My flight from Phoenix to Kona was probably the fittest flight I've ever been on. Which I suppose i should've assumed when I arrived at the gate and someone was wearing a "Crowie's Supporters" while his legs were stuffed inside Frankenstein-like compression machine. Sitting diagonal from me in first class, a man with a shaved head and a sinewy build was studying the Ironman World Championship course maps on his iPad. Next to me, in a Ironman branded polo, was a triathlete headed back for his second appearance in Kona, disappointed Lance wouldn't be joining him.

One of the first things I've noticed, and always loved, about Hawaii is that not many places have front doors. For example, this is the main entrance of the Kona airport. 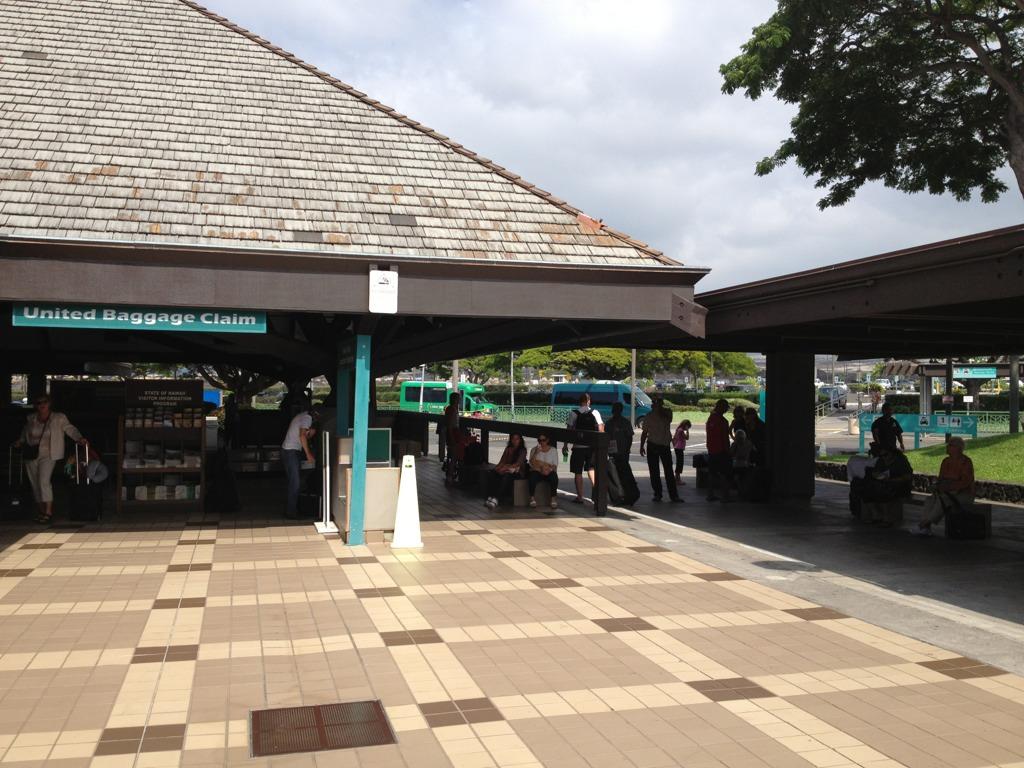 A hectic, confusing cab ride brought us to our home for the next week, the Country Club Villas. Along the way, we passed pros and age groupers getting in their last hard workouts before Saturday's race, including German brothers Michael and Andreas Raelert.

After a brief bit of downtime, it was off to dinner at Huggo's on the Rocks, where the floor was all sand, I ate mahi tacos, actual Hawaiian dancers did the hula and oh man I'm in Hawaii and this was the view from our table look at this view! 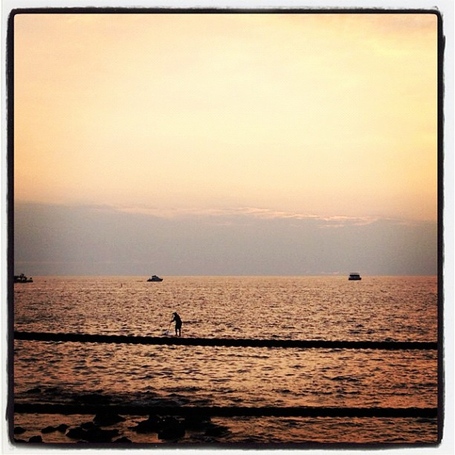 Today (Tuesday; Time zones are confusing, y'all), the plan is to hit up Lava Java, apparently the coffee shop for everyone at Kona, say hi to Chrissie Wellington at her book signing and then pick-up our credentials and media passes for the week. Let the awesome whirlwind begin.