The 116th running of the Boston Marathon is set for Monday morning, and things are looking hot. The high is expected to be 87 degrees Monday, and while the elite men start at 10 a.m., the runners won't see much relief -- it's expected to already be 81 degrees by 11 in the morning. 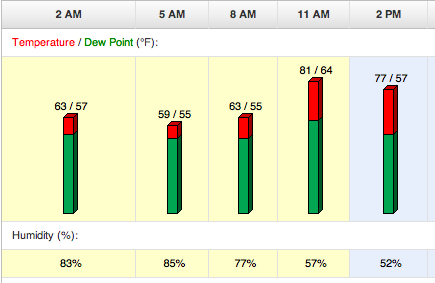 As a result, the Boston Athletic Association put out a couple of announcements Saturday morning. First, runners will be allowed to defer their entry to 2013's marathon if they wish to do so (this only applies to qualifiers). There will not be any refunds for 2012 entries, just deferrals to next year. Secondly, the finish line will stay open until 6 p.m., an hour later than originally planned.

This heat is going to cause major problems for the runners Monday. People will not finish, heat exhaustion will be an issue and I expect the medical tent to be in full use. Stay tuned, this will be one of the top 5 warmest marathons on record.

For comparison's sake, at last year's Boston Marathon, the temperature was 55 degrees at the start line in Hopkinton.

Follow along with the 2012 Boston Marathon with Stride Nation as well as SB Nation Boston.