In the days leading up to the 2012 Boston Marathon, there was much to be made of the dangerously hot temperatures expected to punish the runners in Monday's race. So just how hot was it?

Well, in short, it was hot. It's 6 p.m. ET, and it's still 79 degrees. And it affected everyone, from the six-hour finishers to the elites, and all in between -- even race winner Wesley Korir. Yes, even the Kenyans, who, as women's winner Sharon Cherop pointed out, are used to running in heat and humidity, were forced to change strategies:

Korir on taking time to get more water at the 40K station: "I knew it was going to be hot. One important thing today was fluids. I guess my biology degree kicked in a bit today (laughs). I was more concerned with my hydration, than my position..."

The warnings of dangerous highs were heeded by many, as just 22,426 of the registered 26,716 entrants started the race. Those who did run weren't left exposed to the sun and 80-degree heat, however -- the Boston Athletic Association increased its water distribution:

Despite their best efforts, there are many reports of runners being treated for dehydration and heat exhaustion, with long lines at medical tents. This update paints a grizzly scene:

A steady stream of runners was being ushered in to the medical tent in wheelchairs. Many are sun burned and covered in sweat and vomit. Family members are standing outside the entrance to the tent searching for their loved ones. Physicans interview people as they arrive to assess their mental state. One unconscious man was brought to the tent via golf cart. Media members interview runners and wait for another briefing from the doctors.

As of 2 p.m., there were no reports of heat stroke, fortunately. But there are plenty of photos of the suffering. Congrats to all who managed to finish in these brutal conditions. 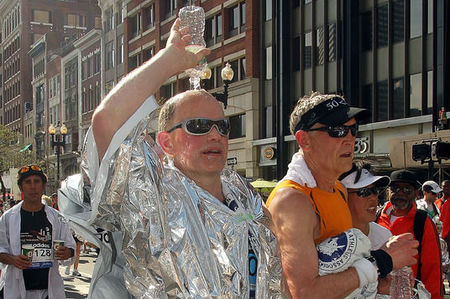 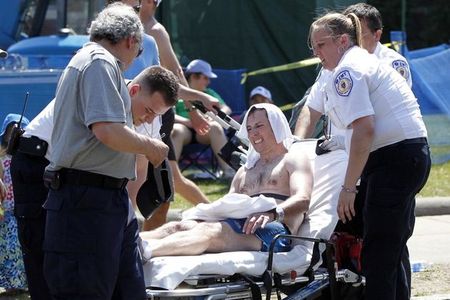 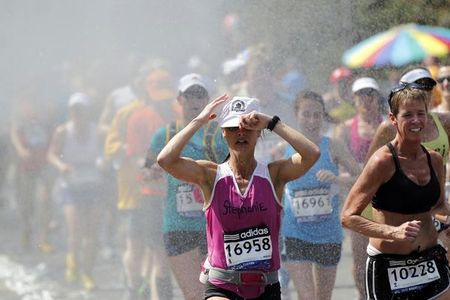 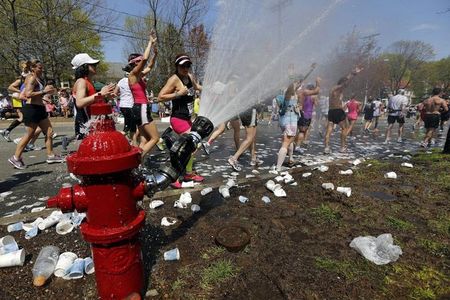 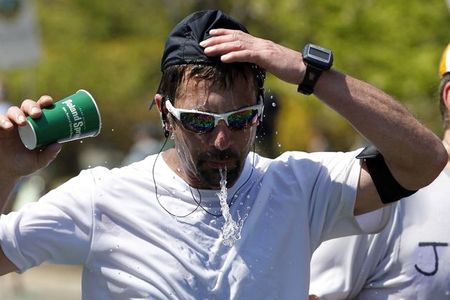