"Have some BIG news to share with you guys tomorrow. Curious to see if anyone can guess what it is." That's whatRyan Hall tweeted to his 37,000+ followers on Tuesday. Then, when tomorrow came, he sent out the following: "Sorry to keep you guys hanging but the news is going to have to wait one more day. I'm enjoying your guys guess'!" So, delayed a day, but Thursday we finally learned the big news: "The 41st Day," a documentary film done by Tim Jeffreys, "will follow Hall in his build-up to the London Olympic marathon."

The 41st Day Teaser from Tim Jeffreys on Vimeo.

The film will include workouts, one-on-one interviews and even what Hall's life is like when he's not running. From the Kickstarter page:

Ryan isn't the ordinary runner, though. While competitors prepare in training groups under the systematic care of coaches and advisors, Ryan runs alone. Practicing what he calls faith-based coaching, he relies exclusively on the direction of his faith to dictate his training, an unprecedented and often scrutinized approach in the world of distance running. "For me, running is an art more than a science," says Ryan. One can't argue with his results up to this point, but will his faith be enough to take him to the top?

"Saucony Presents: An Evening of Running Inspiration" Join Bill Rodgers, Mark Herzlich and Karen Smyers for an All-Star Panel Special Tribute to Caballo Blanco. The event will be held the Friday before the Boston Marathon (April 13, 6:30 P.M.), at he Cyclorama at the Boston Center for the Arts. It's a %5 donation to attend, with proceeds benefitting the Saucony Run For Good Foundation to help prevent childhood obesity. Here's the link to register.

FigureRunning | The Art of Running

So, here's a new running app, called FigureRunning, that allows you to create art as you run.

Making art while running. With GPS the world is our canvas and you are the pencil.

FigureRunning is a new sport that encourages you to get creative, go outside and discover new places while running and getting fit. Download the app and start drawing. 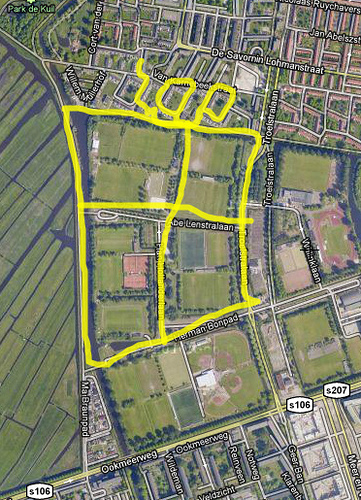 Marathon Running And Age: How Young Is Too Young?

Every Run is Fleeting

The Delicate Balance Between Enthusiasm And Evangelism