The Warmup Lap | 5.11.12 - Ridiculously Photogenic Guy Gets Sponsored, Because Obviously

Share All sharing options for: The Warmup Lap | 5.11.12 - Ridiculously Photogenic Guy Gets Sponsored, Because Obviously 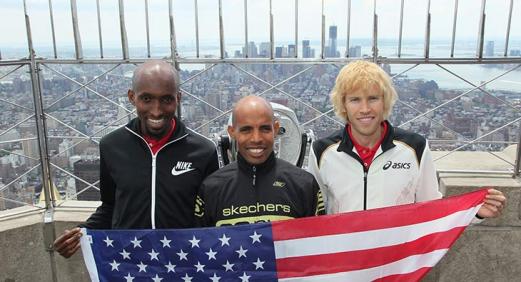 Because it's the Internet and it's 2012, the Ridiculously Photogenic Guy got a sponsorship dea. Because of course he did.

Harris finishes his first lap in 72 seconds, meaning he ran an impressive 66 second 400 after chugging a beer. He finishes his second beer in another six seconds then actually starts chugging in negative splits. He dispatches his third beer in five seconds and finishes his final bottle in a mind-boggling four seconds.

Exercise Reduces Motivation to Eat
Parts of the brain associated with motivation to eat are less active immediately after a workout.

The Micah True Autopsy Explained
What runners should know about reports that True died of heart disease.

SAVANNAH, GA—Celebrity chef and restaurateur Paula Deen announced Monday that her recently launched Step for a Cure Foundation would host its first annual .05K fun walk on May 20 to raise money for Type 2 diabetes research.

Please to note the source.