It's a star-studded field at Sunday's Zazzle Bay to Breakers, a 12k footrace celebrating its 101st running, featuring an Olympic silver medalist, the B2B course record holder and a Boston Marathon champ.

Meb Keflezighi, one of greatest American distance runners, is perhaps the most famous name that will toe the start line at Howard and Beale Streets at 7 a.m. local time come Sunday. HIs competition for the win -- and the $25,000 bonus if the winner can beat the top female -- will be Kenya's Sammy Kitwara, the course record holder (33 minutes, 31 seconds) and Ethiopian Deriba Merga, the 2009 Boston Marathon.

In addition to those names, the Bay to Breakers run will have another unique wrinkle -- sobriety checkpoints.

This year, 360 police officers will line the 7.46-mile racecourse to enforce open-container laws and screen the less-serious competitors at a handful of sobriety checkpoints.

But, like last year, police say they will have a soft touch. After all, runners can still jog in their birthday suits.

"We will enforce fun and enforce the stuff that detracts from the fun," said Deputy Police Chief Denise Schmitt, who is coordinating the police response.

As the Zazzle Bay to Breakers 12K kicks off its second century on Sunday, May 20, 2012, the City can bank on seeing the highest caliber of competition to grace this race in decades. Welcoming back an Olympic silver medalist, the course record holder and a former Boston Marathon champ, this race is sure to go down in the history books.

Running this weekend? Battling race-day nerves? Here are three ways to calm them.

Investigators from the University of Heidelberg have conducted a meta-analysis of available research and find that in fact, athletes can indeed tolerate a higher level of pain than normally active people. However, pain threshold, the minimum intensity at which a stimulus is perceived as painful, did not differ in athletes and normal controls. Their findings are published in the June issue of Pain.

And lastly, the world of running has its Ryan Gosling meme. Finally. 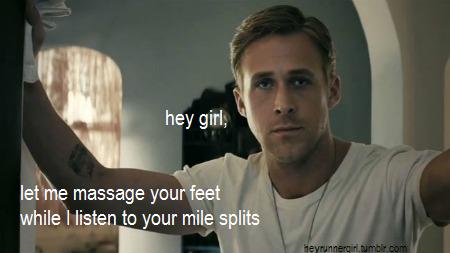 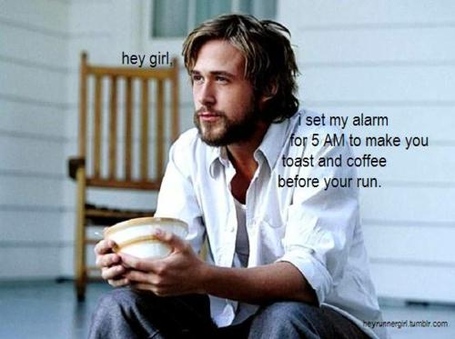