Water In A Bag: The Future Of Aid Stations?

Share All sharing options for: Water In A Bag: The Future Of Aid Stations?

The revolution will be ... in bags?

For everyone who has ever dropped a cup at an aid station, or ended up with more water on your racing bib than in your mouth, hope may soon be coming. As seen earlier this month at the Rev3 Knoxville triathlon, aid stations are now featuring water in bags. Which is awesome. 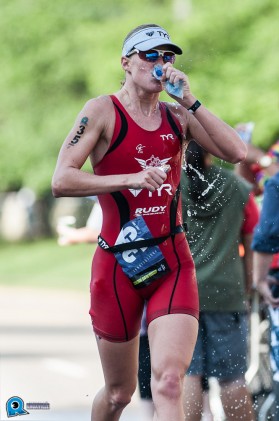 It's called 82Go (eight ounces of water, to go), and it almost makes too much sense. It helps prevent spillage, can be frozen and uses "less plastic than the average botte cap," so it's even environmentally friendly.

So how's it work? Let watch a video and learn together!

The 82Go water bags were featured at Ironman 70.3 Florida this past weekend, and will be at the Rev3 Quassy Triathlon in Connecticut on June 3. The "On The Go" tab on the 82Go site has the full list of upcoming events where they'll be.

Has anyone seen these yet where you are? Do you think it would be easier than dealing with a cup? Personally I can't wait to try them -- the "pinch" only works so well on cups, really.