Share All sharing options for: The Warmup Lap | 6.22.12 - U.S. Olympic Team Trials In Track And Field Get Under Way

Yes, technically, the trials began Thursday night, with HammerTime (the hammer throw finals), but Friday is the official start, with the opening ceremonies in the afternoon and then the men's and women's 10,000m finals at night (9:45 p.m. and 10:20 p.m. ET, respectively. Here are some words I wrote about the races at SBNation.com!

Just two finals on Friday, so watch 'em both! It's the men's and women's 10,000m (or 10K, the equivalent of 6.21 miles). Galen Rupp comes in as the fastest qualifier on the men's side (26 minutes, 48 seconds, the current American record) and is the heavy favorite. But keep an eye on Dathan Ritzenhein, who refocused on the 10,000m after finishing fourth in the marathon at the 2012 U.S. Olympic Team Trials, just missing a spot on the U.S. marathon team by eight seconds. Ritz, Rupp's training partner, doesn't yet have the Olympic "A" standard of 27:45, so expect him to push the pace.

The SB Nation StoryStream will have full coverage throughout the trials, so be sure to follow along.

And now here's a funny video of a duck running. Just because.

Onward to the links!

More Olympic Trials news! Alan Webb, the American record-holder in the mile, will be running in the 5000m in Eugene after his petition was accepted by USATF. He also qualified for the 1,500m. The 5,000 finals are June 28; the 1500m finals are a few days later, on July 1.

Charles Jock has made his plans known for the men's 800m: "My tactics are to take it out hard and try to break everybody. It won't be a slow, tactical race."

Lastly, and perhaps most importantly, USATF is selling in its store what it calls the "Heritage Collection" -- it's Team USA gear from previous Olympics. 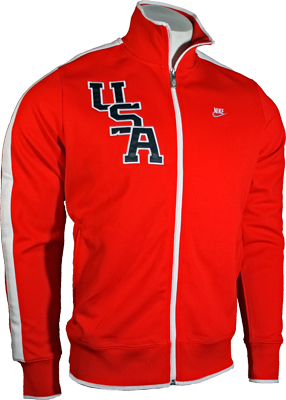