Share All sharing options for: The Warmup Lap | 6.27.12 - Team USA Track And Field Uniforms, Plus The Crazy Western States 100

Competitor got up-close-and personal with the Nike uniforms Team USA will wear in the Olympic track and field events, and they were nice enough to take pictures! 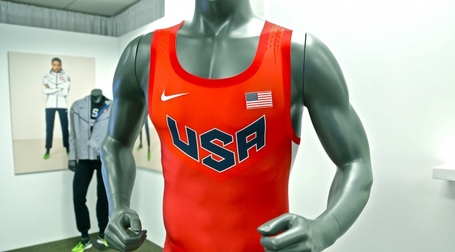 Read more about the Western States 100! Because it is insane!

Just a couple days after qualifying for the 2012 Summer Olympics in the 10,000m, Dathan Ritzenhein announces he will run the Chicago Marathon later this year.

In the Flow at Runner's World

By taking your stretching routine underwater, you'll be able to move your joints and limbs through a wider range of motion—and with greater control—compared to stretching on land, says Scott Riewald, Ph.D., a biomechanics expert who works with Olympic athletes.

Here's a neat little video about the life of a regular ol' triathlete, who also has easy access to an awesome velodrome, apparently.