One of the biggest goals of my writing on this, the Stridey-est of Nations, was to keep myself honest as a runner: by talking about running in a running-centric venue, I'll likely put forth an honest effort in order to not embarrass myself. A few months ago I put together a graph of my training over the previous five years. The main takeaway was pretty obvious: I run far more when I'm training for a race. Since January I've trained for a half, gotten hurt and scrapped plans to run a marathon, and then started training for a 50 mile race this fall (the big uptick in mileage in June is a direct result of training starting again in full force).

While it may be a bit much to break the data down further than monthly, I thought taking a look at the data after adding six more months into the mix may be worthwhile; let's consider this our 'half-year in review'. 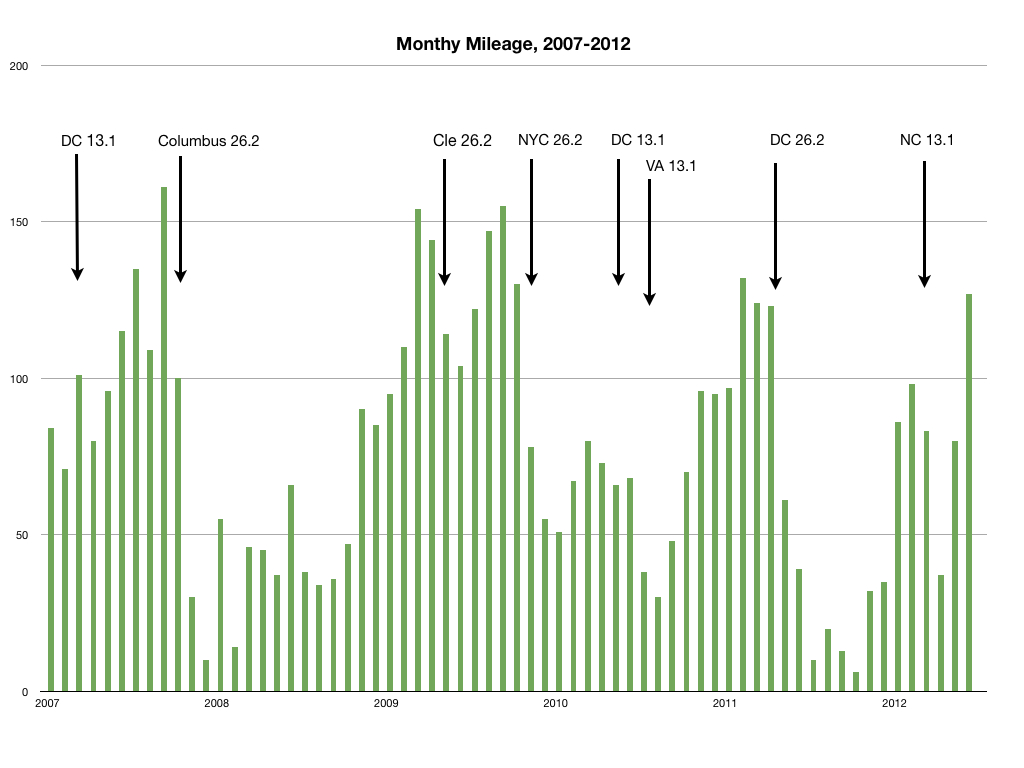 April stands out this year as a pretty obvious blemish. I was still running on shoes that were beat to shit and I couldn't get rid of the nagging left calf soreness that's been hanging around for a while. Once I got new shoes I started back up, albeit slowly. May was a good month, for the most part: I wasn't very good at getting rid of ancillary distractions in order to get training going as well as it could. June was a very solid month, my best since February 2011.
From here I'm looking to consistently build. I'm rather pleased by the first half of the year, though scrapping my full marathon was a bit of a disappointment. I've got a big goal for the fall, so I'll do what I can do take training one week at a time.
How'd the front end of 2k12 treat y'all?