Share All sharing options for: The Warmup Lap | 8.24.12 - Lance Armstrong Drops His Case

There comes a point in every man's life when he has to say, "Enough is enough." For me, that time is now. I have been dealing with claims that I cheated and had an unfair advantage in winning my seven Tours since 1999. Over the past three years, I have been subjected to a two-year federal criminal investigation followed by Travis Tygart's unconstitutional witch hunt. The toll this has taken on my family, and my work for our foundation and on me leads me to where I am today - finished with this nonsense.

The USADA is expected to strip Armstrong of his seven Tour de France titles (apparently they can do that?) and ban him for life (... from a sport he retired from two years ago, but ok, sure). Also, this would make ineligible to compete in (most) triathlons.

On to more pressing matters, like Nick Symmonds' beer mile! 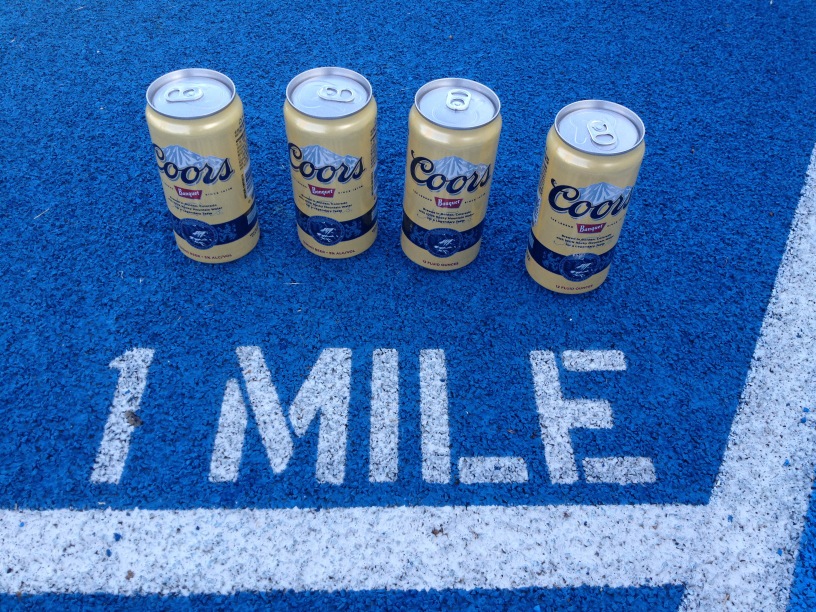 "A solid effort but not a new WR. My time of 5:19 is an improvement on my American Record though!" -- Nick Symmonds

MYSTERY MARATHON
A Mystery Marathon, where you sign up for a race without knowing when or where it is (kinda).

Five Lessons Learned From Alberto Salazar
Five fundamental lessons from Salazar's Oregon Project model that runners of all ability levels can apply to their own training in order to take their racing to the next level.

A run and a chat with Ultra-marathon man Dean Karnazes - EverymanTri.com
Dean Karnazes dived into training, traveling while staying in shape, diet and supplements.

NYC bagged its bag policy. Designed to "ease finish-line congestion," the marathon announced on Thursday that "runners will no longer check baggage at the start of the race, and there will be no baggage retrieval after the finish."