My Love Affair With The Brooks Adrenaline

Share All sharing options for: My Love Affair With The Brooks Adrenaline 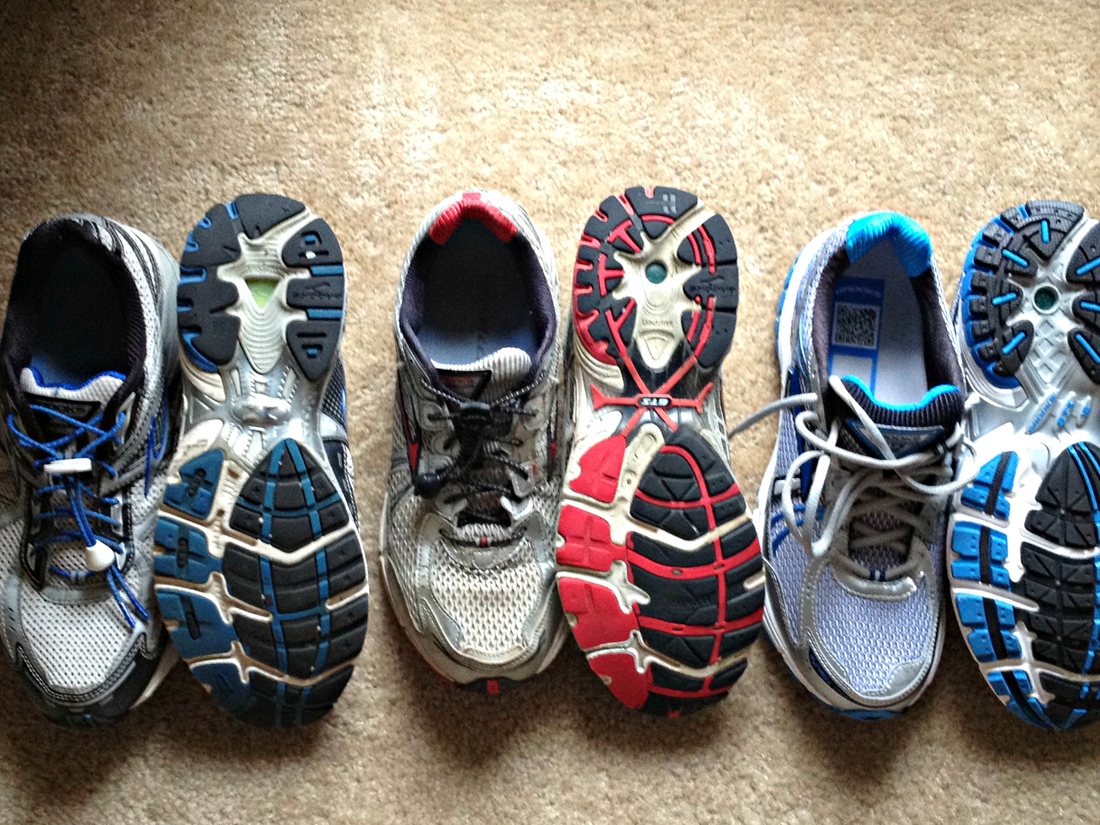 My first ever pair of running shoes, purchased at Jack Rabbit Sports in New York City way back in the summer of 2008, were the Brooks Adrenaline GTS 8. It was my first shoe fitting, and I went solely (ha!) based on feel -- the Adrenalines were the most comfortable of four or five shoes I tried on, so I went with that.

I use those shoes to train for the 2009 Austin Marathon, and that led to a second pair of 8's, and then a pair of 9's I used training for the 2009 Marine Corps Marathon. (From no running to two marathons in an eight-month stretch? I am not smart!)

And then it occurred to me that maybe I should get another fitting, to see what else was out there, and maybe come away with something different. I even tried a new store -- Road Runners in Virginia -- but after more videotaped gait analysis on a treadmill and multiple shoes, I walked out with the Adrenaline 10's.

The next pair was more of the same -- more gait analysis, more shoes tested, but in the end, I had the 11's in my hand when I left the Georgetown Running Company. Which brings us to last week, when I went to the GRC again, but this time with the plan to get something new.

I wanted something slightly less ... cushion-y. Not all the way minimalist, but somewhere in between. I was first handed the Newton Gravity, but the idea of changing my running stride that much less than three months before a marathon seemed dangerous (not to mention the $175 price tag). I tried a pair of Asics, and really liked them ... until I tried the the Brooks Adrenaline 12's.

It was love at first fifth sight feel.

Maybe I'll go back and try the Newtons after the NYC Marathon in November, but for now, as it always has been, the Brook Adrenaline is the shoe for me.