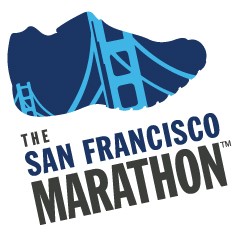 Registration for the 2013 Wipro San Francisco Marathon is now open. The race, typically held at the end of July, will be held on June 16 next year due to the America's Cup, which is taking over the city later in the summer. Registration for the two halfs is also open; the first half, which includes a dart over the Golden Gate Bridge, tends to fill up. The full marathon has not maxed out in recent years.

While I won't likely be running the race this year -- that race date is ominously close to potential NBA Finals dates, and I'm an NBA writer, so ... -- I do highly recommend it for folks in Northern California or who would like to travel to the Bay Area for a cool summer race. Note that the host hotel and pretty much everything near the Ferry Building due book up fairly quickly. S.F. has tons of hotels in the Financial District, but that can be a pretty big haul over to the race start, which is inordinately early. You can stay in the East Bay if you have wheels, but note that BART (the popular regional rail service) doesn't run that early on Sundays.