The Coming Age of Smart Shoes

Share All sharing options for: The Coming Age of Smart Shoes

The era of smart shoes may be upon us. Several initiatives — including ones by Apple and Google — are underway to create shoes embedded with sensors that provide real-time information on running performance. The probability there will be a product on the market for the public in the foreseeable future is high.

The idea of running shoes laden with sensors that improve performance for wearers is not new. And as early as 2006, Adidas introduced the Adidas 1, one of the first commercially available "smart" shoes. The footwear featured a microprocessor that collected readings from the shoe's movements and adjusted the fit accordingly.

The current efforts are now focusing on integrating such a shoe system with a "smart" device to provide real-time feedback for athletes. The other key hurdle is creating a sensor able to withstand the punishment of regular training and continue to produce accurate information. 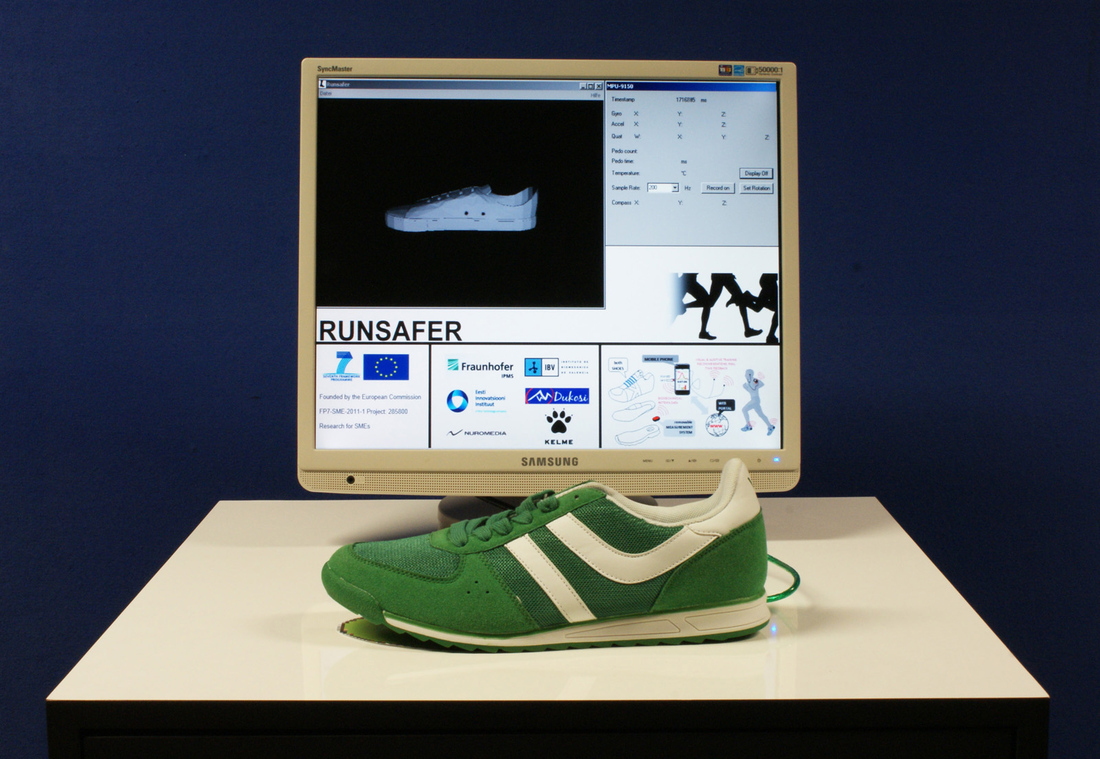 The Fraunhofer Institute, a research organization based in Munich, Germany has announced a project to create a shoe with embedded electronics that can provide real-time feedback to help runners maximize performance while avoiding injury.

The initiative, dubbed EU Project RUNSAFER, aims to would use sensors to record bio-mechanical information of the runner. It would then use a smartphone app of problems such as incorrect foot position, asymmetric loading, or warn of exhaustion or overload.

A prototype of the shoe and app have already been completed and a version of the shoe could be available to the public as early as 2015. New Millennium Sports SL, a Spanish manufacturer of athletic shoes and sportswear will be bringing it onto the market.

While Apple and Google have not outlined an effort to create such a detailed "smart shoe" system both have launched efforts this year that aren't that far afield.

Apple filed a patent last year for a device that used sensors to determine if a pair of shoes is worn-out — a common cause of injury for runners. The company already has a training system developed with Nike that uses an embedded shoe sensor that relays information to a separate "smart" device.

Google then rolled out a "talking shoe" at this year's SXSW that is able to provide feedback of a runner's performance (see video above). While this project was presented primarily as a motivational tool for athletes it would also utilize a smart phone app to relay information collected by sensors in the shoes themselves.