Share All sharing options for: Jesse Owens' 1936 Olympic Gold Medal Up for Auction

One of the four gold medals won by Jesse Owens in the 1936 Olympic Games in Berlin, Germany -- the only one known to still exist -- is currently up for auction by SCP Auctions. The auction will conclude on Dec. 7 and the current bidding is at $172,618 which does not match the minimum reserve price set for the auction.

Owen's performance in the 1936 summer games is one of the most famous chapters in track and field history. German chancellor Adolph Hitler had planned to used the games to show off his country's resurgent power. 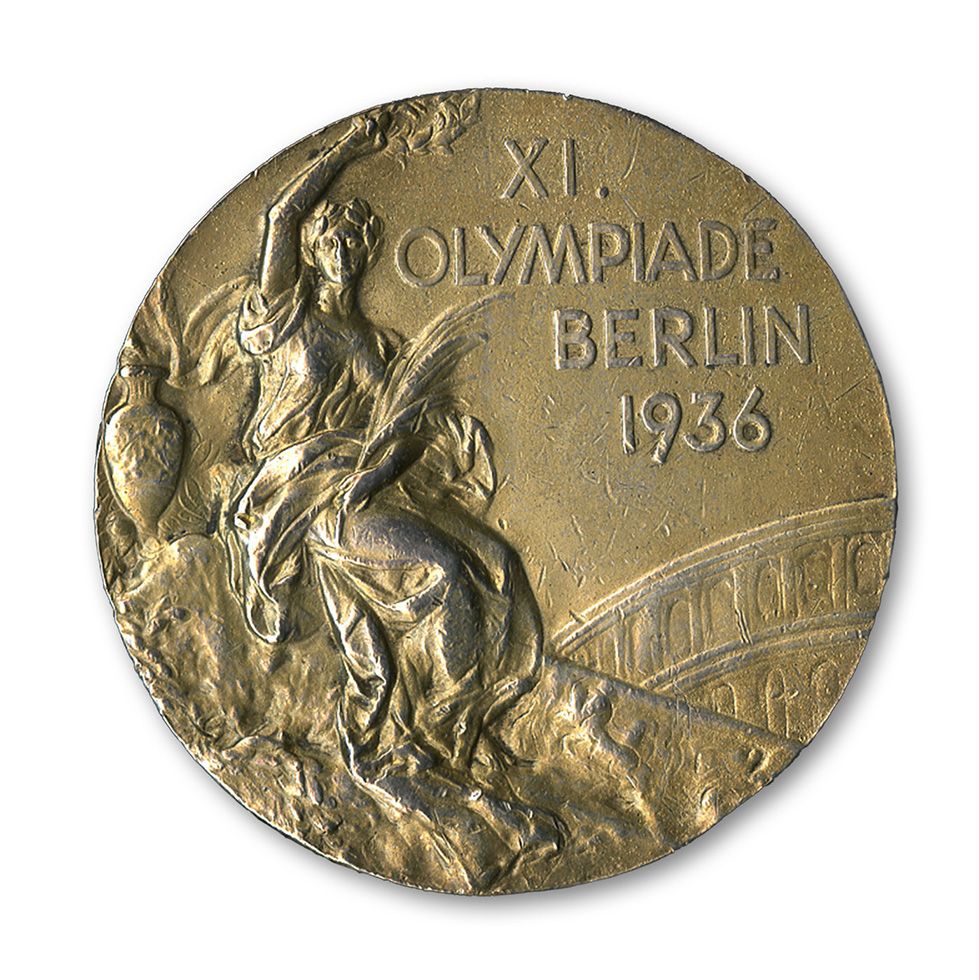 It was also an opportunity to demonstrate the primacy of the Nazi concepts of Aryan racial superiority which held blacks were inferior. Owen's countered that with a dominating performance that saw him win the 100 meters, the 200 meters, the 400 meter relay and the long jump.

Afterward, Owens had difficulty parlaying his performance into financial success due, in part, to the segregation in the United States. He was also stripped of his amateur athletic status when he did not tour with the US Olympic Team following the 1939 games.

African American film star Bill "Bojangles" Robinson aided Owens who, in turn, gave him one of the gold medals. Robinson died in 1949 and the medal passed into the ownership of his wife Elaine Plaines-Robinson. The family recently chose to put the medal up to auction through SPC Auctions.

The event for which the medal was for is not known and all of the the other three  originals won by Owens in Berlin have been lost. He was later issues a replacement set of medals which is now on display at Ohio State University.