The Prairie Spirit Trail Race, a 100-Mile run in Kansas, was last weekend, and by all accounts it was kind of insane. First off, let's look the results page: 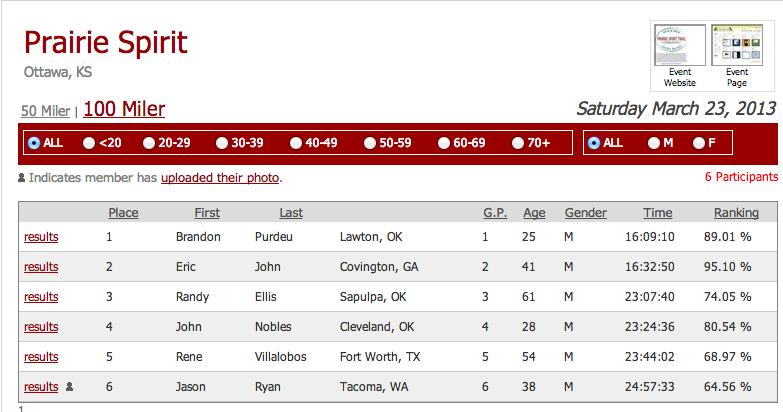 Yep, just six people finished the race. And it wasn't because they were unable to run 100 miles (okay, well, it wasn't just because of that). Athletes faced some of the gnarliest winter weather I've ever read about in a running race.

"There was 8 inches of snow, sideways snow that was hitting your face," said Childress, "you couldn't see more than five feet in front of you."

More, from one of the runners who competed (but didn't complete the race), Reddit user ziggysocki:

The 6 fastest runners managed to finish. Some runners were pulled off the course at aid stations at mile 84 and 92. It was freaking gnarly. I dropped at 12:30a.m. at mile 77 after 18 hrs and 30 minutes of running, feeling the onset of hypothermia and overhearing the ranger say that the trail would be shut down soon. Visibility was nil and it was getting dangerous. Kudos to all the aid station volunteers, race organizer, and runners. It was nuts!

Edit: Forgot to mention it started sleet/rain mix about 1 or 2 pm I think, so most people were pretty soaked well before it got really nasty. 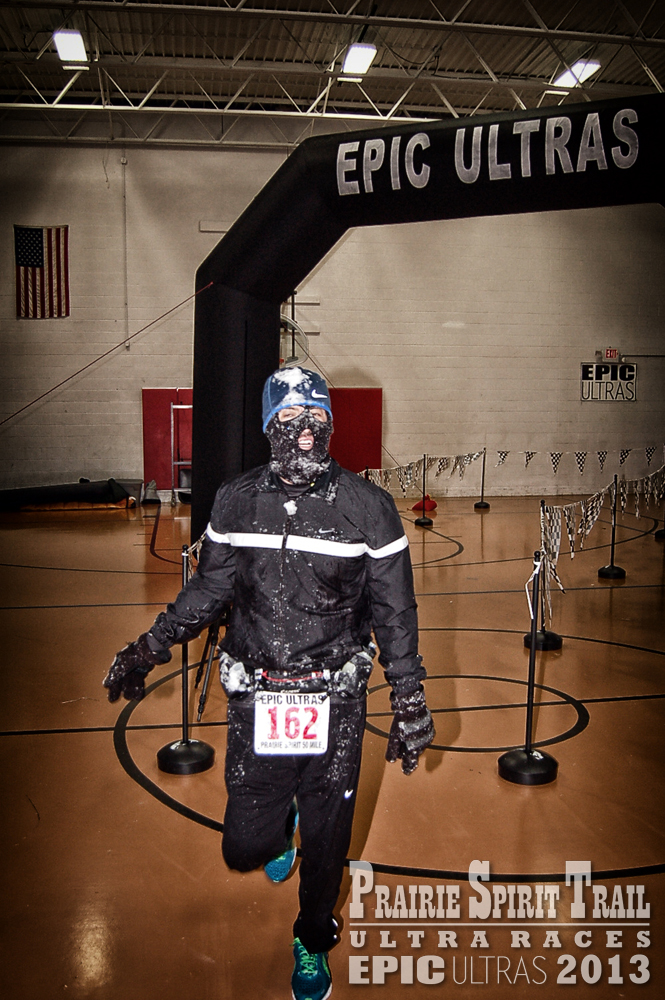