Tsegaye Kebede won the 2013 London Marathon on Sunday, besting one of the greatest elite men fields ever assembled in a time of 2:06:04. It's the Ethiopian's second win at the race, having won it in 2010.

Patrick Makau, the world record holder in the marathon, finished in 11th place (2:14:10) and was never much of a factor in the race. Patrick Rizzo was the top American finisher, coming in 12th place (2:16:05).

The difference for Kebede may have come at the beginning of race, when the pace went out at an absurd sub-2:02 marathon, and the Ethiopian chose to hold back.

"I was thinking, are they going to keep this pace going on?" said double Olympic champion Mo Farah, who was scheduled to run only first half of the marathon, but dropped out just before the 13.1-mile mark. Farah will make his marathon debut at London in 2013.

Pacemaker Kigen went through halfway in a blistering 1:01:34, and 25K in 1:12:58, running the 5 kilometers from 20 to 30K in 14:30. Shortly after that, four men got away from the rest of the field: Kenyans Emmanuel Mutai and Stanley Biwott and Ethiopians Feyisa Lilesa and Ayele Abshero. Kebede found himself 19 seconds behind the leaders by the time he crossed the 30K mark. However, his confidence was actually on the upswing.

"I had a little pain in my side during the early part of the race, but as time went on it got better and better," Kebede said.

Kebede managed to pass Mutai just minutes before the finish line and then cruised to the win. The early pace may indeed have been too fast, as Kebede's winning time was the slowest in London in six years.

On the women's side, Kenya's Priscah Jeptoo, the Olympic silver medalist, was the winner ran away with the victory, besting second-place finisher Edna Kiplagat (Kenya) by more than 70 seconds. Japan's Yukiko Akaba was third.

Sunday's race was the first marathon since Monday's tragic double bombings in Boston, and the memory of those attacks was never far from runners' minds. The race began with a moment of silence, and runners wore black ribbons in memory of the victims. 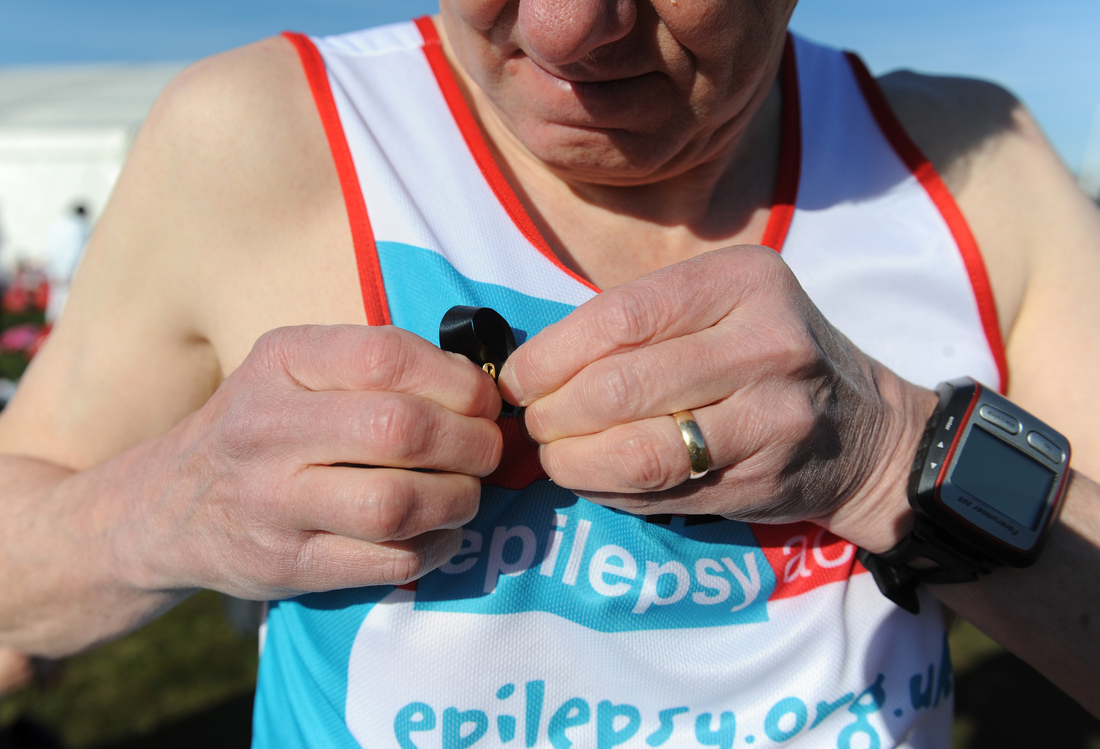 A competitor pins a black ribbon to his running vest in memory of the victims of the Boston Marathon bombing before the start of the Virgin London Marathon 2013. (Photo by Steve Bardens/Getty Images)

Police said they were planning to add 40 percent more officers and extra surveillance for the London Marathon, which, with upwards of 36,000 participants, is one of the biggest marathons in the world.

Tomasz Hamerlak, who competed in the men's wheelchair race both in Boston and London said he was "determined" to be at the start line on Sunday.

"It is terrible what happened in Boston, but we can't look back, we must look forward," an out-of-breath Hamerlak told The Associated Press moments after crossing the finish line. "The show must go on."

London is the third of six World Marathon Majors (Tokyo was added in 2013). Next in the series is the 2013 Berlin Marathon, on September 29.