The 26.4.26 Foundation alleges the Nashville charity's co-founder, Robbie Bruce, cut ties with the group when confronted with the information. Only $30,000 actually went to Bruce has disappeared and law enforcement agencies have been notified.

A charity established by an endurance runner in the wake of the school shooting at Sandy Hook Elementary School in Newtown, Conn. on Dec. 14, 2012 has closed after being unable to account for more than $70,000 it raised.

The 26.4.26 Foundation was launched by Robbie Bruce, a Nashville endurance athlete and coach, the week following the shooting. According to foundation official Ryan Graney more than $103,000 was raised but only $30,000 had been dispersed to help the Newton community.

The foundation cut ties with Bruce, who was in charge of the group's finances, in September after Graney discovered discrepancies with the organization's financial records. On Dec. 20 a notice was posted on the foundation's Facebook page indicating all efforts to collect money for the fund were halted "due to the founder's transgressions and misconduct." The foundation's website has been removed.

Foundation official say they have notified the FBI and the Tennessee attorney general's office. Bruce, according to news reports, has disappeared. 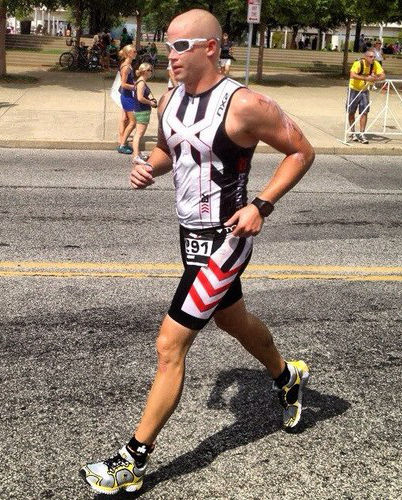 In his Twitter biography, Bruce claims to be theExecutive Performance Director of RX Endurance, a Nashville personal training group. He also contributed columns and video tutorials on triathlete training to the website Crushing Iron.

The foundation sprang from an idea by Bruce in the wake of the shootings on Dec. 14, 2012 to have an impromptu marathon of 26 runners to represent each of the slain children. The idea gathered steam and on Dec. 22 more than 1,000 runners showed up for the Nashville event. A second event was held in Gilford, New Hampshire on April 14, 2013. Many other runners donated to the charity after running for the cause in other events.

The funds were intended to assist the Newtown Youth Academy which opened its doors the day of the shooting to help students and families affected by  the shooting. In January of last year, the foundation presented the academy a $30,000 donation. Although more than $100,000 in additional funds were collected, nothing else was used for the organization's purpose.