Now everyone can run the Boston Marathon ... virtually.

Ahead of the 2014 Boston Marathon, likely the most anticipated marathon ever run, the Boston Athletic Association has announced the release of the Boston Marathon World Run, a new app "that connects runners from around the world." 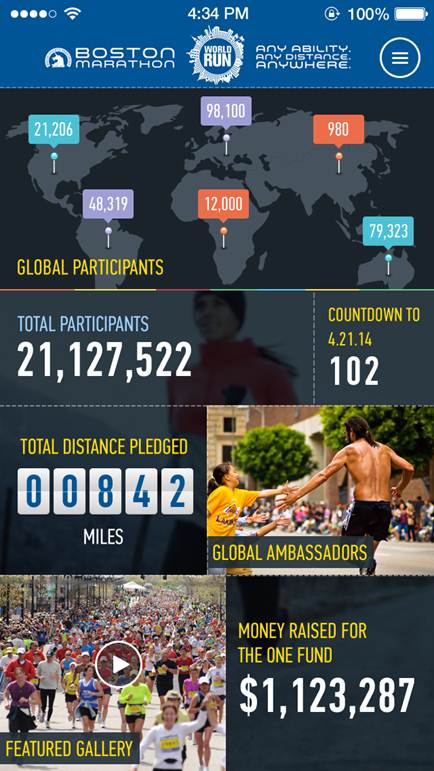 "We’ve seen a tremendous outpouring of support and a high-level of interest in participating this year," said Tom Grilk, executive director, Boston Athletic Association. "While we were able to increase our field size by 9,000 to 36,000 runners, we can only physically accommodate so many runners on the course and we were nowhere near meeting demand. Through technology, we wanted to create something that engendered that same sense of community and resiliency as the race itself, ensuring that no one would be denied the chance to have their own 2014 Boston Marathon experience. The app does just that."

Interested runners can pledge to run (or walk or wheel) any distance, with the goal of completing their selected distance before April 21. Participation is free -- though all are encouraged to make a donation to The One Fund Boston -- and everyone who signs up receives a bib number, a digital finishers' medal and a printable finishers' certificate. Additionally, the Boston Marathon World Run allows for runners to share their journeys with photos, videos and messages. 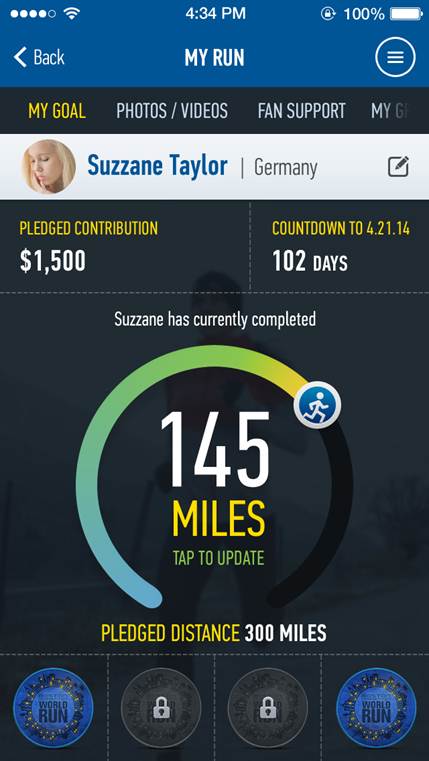 Using the app -- available in both the iTunes and Android stores, in addition to the website -- runners will be able to begin a group or join, update their distance pledge, track the total number of registrants, miles and funds raised in real time and follow Global Ambassadors (past Boston Marathon champions and current Boston Marathon elites), who will also be logging miles and sharing their experiences.