Meb Keflezighi won the 2014 Boston Marathon on Monday, becoming the first American male to win the world's most famous race in 31 years. The 118th running, the first since last year's bombings, marked a day of renewal, reclaiming the streets of Boston and maybe even provided a small sense of healing. The estimated one millions fans lining the course and the runners themselves were surely all impacted in different ways, and thus showings of support were equally unique.

Meb's personal, touching tribute to the victims of the attacks, while small physically, was huge emotionally: he wrote the names of the four victims on his bib. 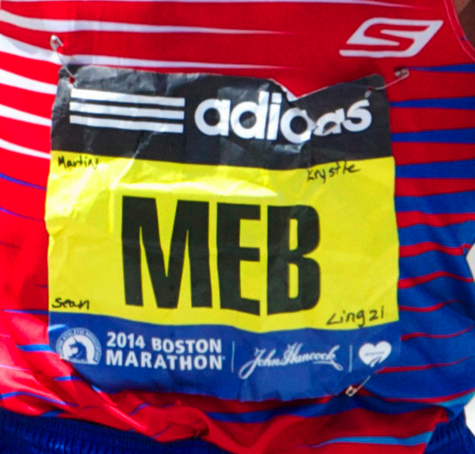 Martin Richard, Krystle Campbell and Lu Lingzi were killed in the bombings on Boylston Street; MIT Officer Sean Collier was shot three days after the marathon.

Meb had hoped to take a picture with the victims' families after winning on Monday, but they weren't immediately available, according to the AP. 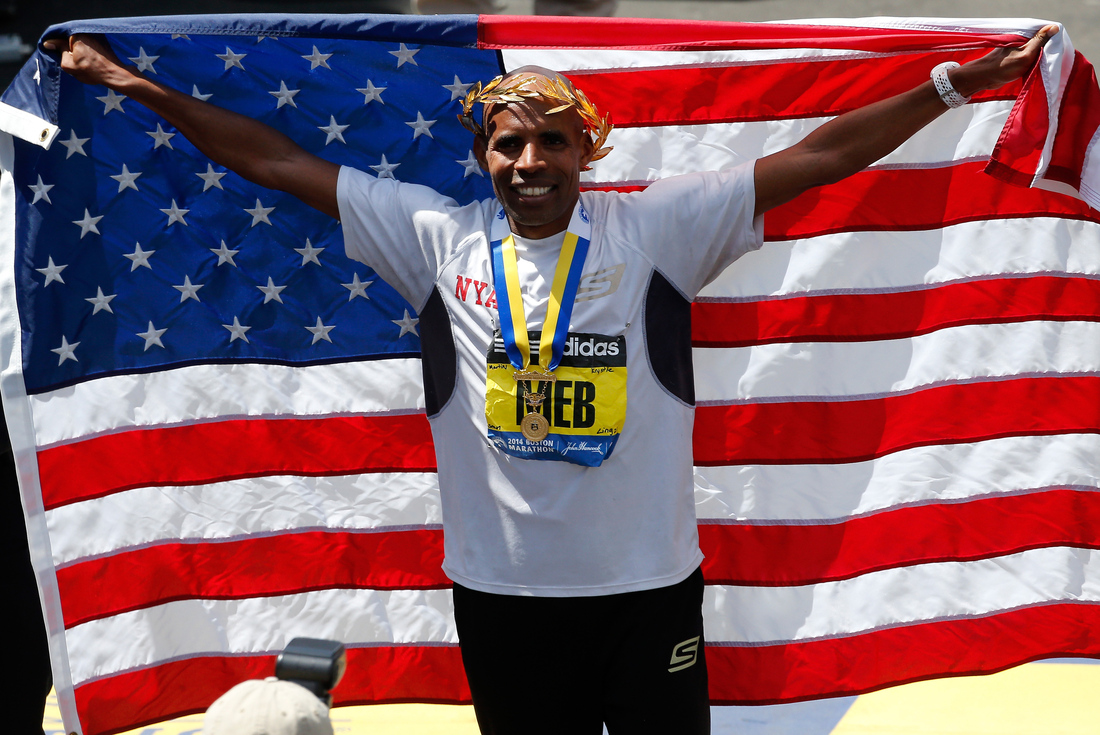 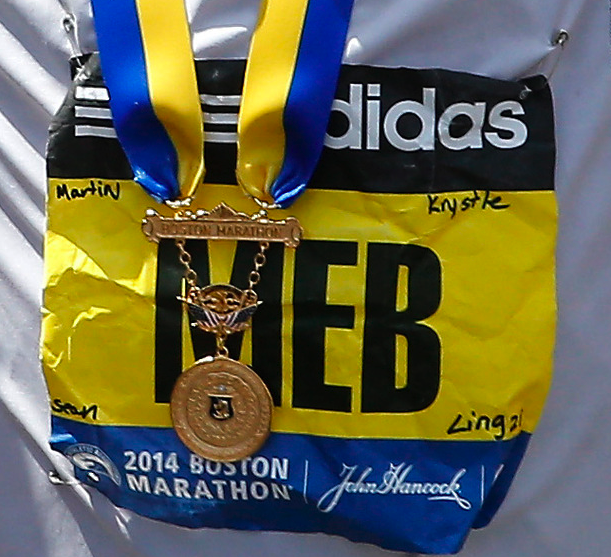