Dick Hoyt interview, on 'I Am A Runner,' Boston Marathon and his bronze statue

For 34 years, Dick Hoyt and his son, Rick, have been running races and inspiring millions all over the world. Stride Nation spoke with Dick about Timex's "I Am A Runner" campaign, the Boston Marathon and the statue of him and his son unveiled on Monday.

Share All sharing options for: Dick Hoyt interview, on 'I Am A Runner,' Boston Marathon and his bronze statue

Thirty-four years ago, Dick Hoyt and his son, Rick, attended a high school basketball game. At halftime, it was announced there would be a 5K run in effort to raise money for a lacrosse player who had recently been left paralyzed after a car accident. Rick persuaded his dad that they had to run the race, to show that life goes on even after paralyzation.

So Rick and father Dick, admittedly not a runner whatsoever at the time, ran that 5K, finishing second-to-last. When they returned home, Rick said to his dad, "When I'm running, it feels like my disability disappears."

Rick Hoyt was born with cerebral palsy, leaving him without the ability to talk or use his limbs.

Over the past 34 years, Team Hoyt has competed in over 1000 races together, with father paddling, cycling and pushing son through 252 triathlons -- six Ironman distance -- and 70 marathons, including 30 Boston Marathons.

They have inspired millions of people all around the world, and now they're looking to hear your inspiring stories. Team Hoyt is teaming up with Timex for their "I Am A Runner" campaign, a chance for runners of all types to share their running experiences (and earn rewards them for doing so).

Timex has created an "I Am A Runner" Facebook app, which will collect all runners' stories and will serve as a centralized host for submitted content and photos. Individuals who share their stories via the hashtag #IMARUNNER will be eligible for opportunities to win Timex® IRONMAN® watches. In addition, Timex will share inspiring stories of runners across its social media platforms, from everyday stories of triumph to content collected from the Timex Multisport team.

As part of the official launch of the new program, I had the chance to speak with legend Dick Hoyt last week, about running to inspire, the Boston Marathon and a bronze statue of him and his son, set to be unveiled on Monday in Hopkinton. 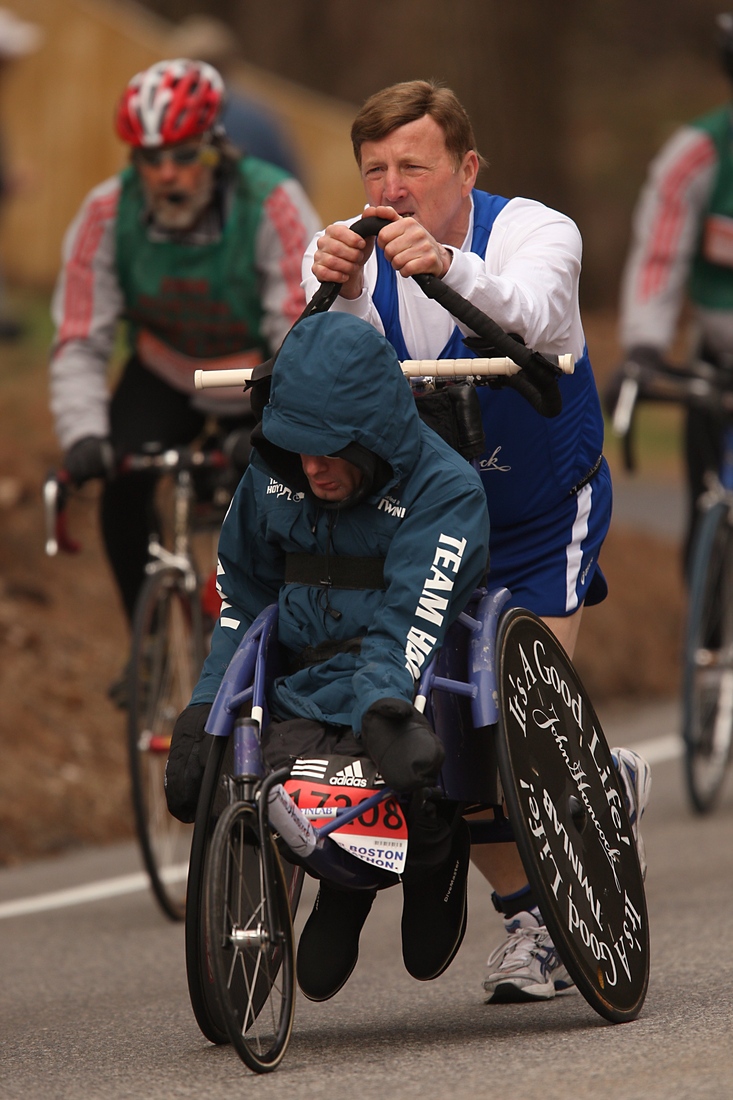 On the "I Am A Runner" campaign and working with Timex ...

It's just amazing, the changes from when I first started running with Timex watches. I can go out and time myself now, and check my heart rate, and now they have GPS on them, and everything else -- It's just amazing. It's the best watch in the world.

I got a motivator, and that's my son. He's the one that motivates me and inspires me. With him being out there, we've never had the thoughts or any ideas of giving up and quitting any races that we've been involved in. It's just amazing.

What advice would give a runner competing in their first Boston Marathon on Monday?

I hope we don't have the 96-degree weather we had last year! That was just an unbelievable year. It was like four or 5,000 that didn't even run it, and some of the top names didn't finish ...

A lot of people at the Boston Marathon, they start off too fast -- the adrenaline gets flowing and they get all excited. And the start of the Boston Marathon, you go down hill for about a mile, so it's easy for people to start off too fast. And the other thing is to keep themselves well hydrated. The Boston Marathon has a water stop every two miles, and I would suggest they don't drink just water, but they drink the Gatorade, too. And what I do, I try to mix it -- I fill a cup half with water, half with Gatorade. That's very important ... so you're able to finish the marathon.

What does it mean to you and Rick, to be getting a statue in Hopkinton?

It's gonna be a life-sized statue, and it's going to be unveiled April 8th. And it's gonna be at the [Boston Marathon] start line in Hopkinton ... Rick and I are going to be looking right at the starting line.

When Rick was born, they said "put him away, put him in an institution -- he's going to be nothing but a vegetable for the rest of his life," and now today he's being turned into a bronze statue. 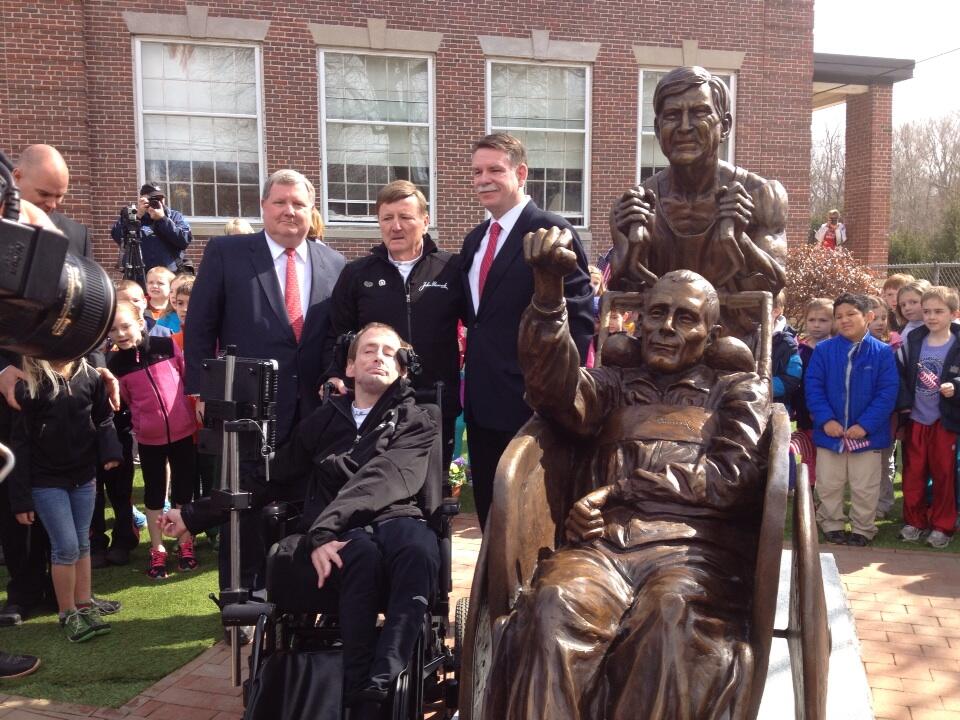 Tell us about the Team Hoyt Triathlon:

We just had our 25th running of our 5k, and people have said to us, "You guys do so many triathlons, you should have your own triathlon." It's gonna be a sprint triathlon. Already the excitement is up.

And finally, tell us a bit about the Dick's #RunFor campaign:

People have said that's one of the best videos they've seen done of Team Hoyt. Rick and I have always been involved with Dick's Sporting Goods, because that's where we go if we're gonna buy any sporting equipment. We're just so honored to be involved with Dick's and Timex.