Few things are more valuable to a runner than having a good local running store. Sure it's nice to have a solid selection of gear readily available but that's not what makes a running store great. The sales folks at good running stores tend to be runners themselves and, for most of us, they are often our surrogate training staff.

They know the products and can advise on what's the best for your particular needs. They are familiar with the local running scene and can point you to races, groups and coaches if you need. They also are a good resource for feedback on your own running efforts.

That's at the best stores, of course. Too often you end up either with a kid on their first retail job that has no idea about the sport or someone who looks with scorn on runners they feel don't measure up to their level of experience. It doesn't take many of these bad experiences to make a runner really appreciate a truly great running store.

While I was based in Arizona, I had the good fortune to have one of the best running stores I've ever known open up not too far from me -- Sole Sports Running Zone. Owners Lance Muzslay and Karen Seymour opened their first outlet in Tempe in 2007 (they now have three stores in the Phoenix area). It was great timing for me.

I had been back into running about a year and had just finished my first (disastrous) stab at a marathon. I was actually living in Peru at the time so my annual visits stateside were the only opportunity I had to get stocked up on new gear and figure out my running regimen for the next few months. The folks at Sole Sports turned out to be my lifeline to running. They did so much more than get me get the right shoes they also were able to help me find a coach, get the right GPS device and find the best running spots in the area for specific workouts. 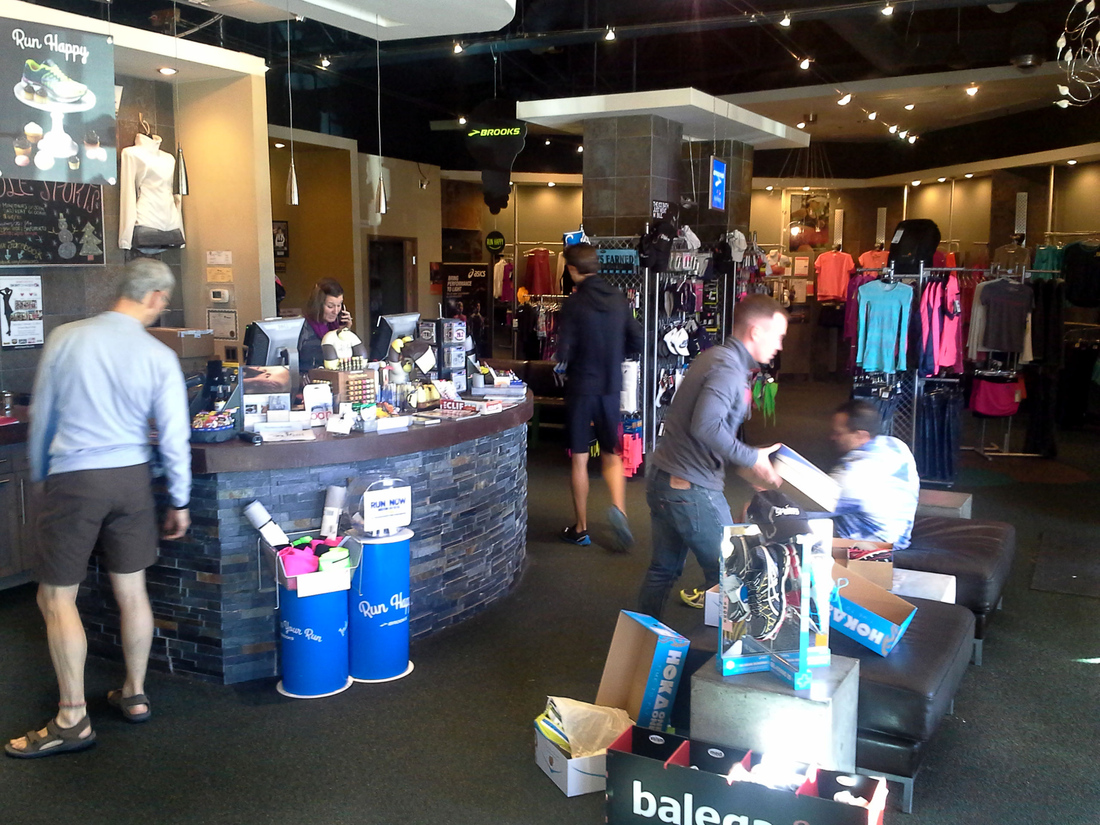 Last week I was back in the area and stopped in and they immediately recognized me and asked about my running. The point isn't that I'm particularly memorable or anything, but that they have that kind of relationship with the customers. Remembering folks and being actively interested in their running efforts is business-as-usual for Sole Sports.

And not just people who run and race regularly. When I was there they had a grandmother who walked with a cane being fitted for shoes to help her exercise more. She got as much (if not more) attention and advice as any runner at my level or even an advanced competitive runner would.

This really isn't a big surprise since one of the owners, Muzslay, is a former professional triathlete and clearly had a strong vision for what he wanted Sole Sports to be when it first opened. The shoe selection is solid but the gear on hand is limited. The focus is on the relationships with the customers and being a part of the area's running community. This is a store that puts short bios of the sales staff on its website.

But now folks are starting to notice. Last month Sole Sports was named one of the four best running stores in the country by Competitor Magazine. For those of us who've been fans of the store from the start, our only question is why it took them so long to figure it out.